If romance movies have taught us anything, it’s that love conquers all—even for people with extreme differences. But in the real world, where you may fall in love with someone who believes something different than you, how easy is it to actually navigate those discrepancies?

To paint a better picture of the realities behind an interfaith relationship, I spoke with seven couples about how they make a relationship work with someone who may have a different religious view. Here’s what they have to say:

(Oh, and the overarching theme: No matter how different your upbringing was from your partner, communication and consideration go a long way).

What role their differences play in the relationship:

“On many occasions, I have had to discuss my relationship in religious spaces and defend both being a Christian and being with Sufian. It’s really hard. I am a Christian and unashamed to say that. Sufian is a Muslim and unashamed to say that. We both have such great respect for each other’s spiritual beliefs that we are able to have these difficult conversations without feeling like one is belittling the other’s faith.” —Jasmine

“We both are still growing and learning in all aspects. We had to take time and be patient with each other. We can all slip up – the most growth we have is when we can be uncomfortable and question our own biases and discuss them together. We hold each other accountable.” —Jasmine

“I understand that some members of her family would ideally like to have a Black Christian man for her to be with, as opposed to a non-Black, Libyan Muslim. Yet that does not stop me from loving Jasmine and being committed to the fact that I will marry her, InshAllah. I love Jasmine’s identity; I defend and cherish her, and I respect her faith. We never try to change each other’s identities and that’s one way to begin to understand the cultural differences. If we were focused on changing each other, we wouldn’t have time to be interested in each other’s identities and cultures.” —Sufian

“Initially, things were fine because we were both very open to the traditions of the other’s religion. The problems began when Thomas decided he was atheist. As a non-believer, he felt uncomfortable in religious settings because it felt disingenuous for him. It was hard for me to not take it personally when he would speak poorly of people’s faith in prayer and belief in biblical stories and religious traditions.” —Bridget

“It took a lot of time and communication for us to get past that prickly time. It’s kind of ‘live and let live.’ I respect his non-belief and he respects my spirituality. I think as we lost family members and faced scary health diagnoses that we overcame, we were able to face our mortality and appreciate each other’s beliefs/non-beliefs through discussing our final wishes about terminal illness and being laid to rest. The religious difference put us at odds with one another. We had to work hard to allow each other to live and believe in a way that worked for each of us while being careful with one another’s feelings. It can be done but the key is communication. Do not let frustration, misunderstanding and judgement fester.” —Bridget

“We acknowledge and accept that we grew up with different beliefs. That’s the first step to having a healthy relationship. We take the time to ask each other as much as about the other’s religion and our cultures as a whole. And I think when we do that, it’s truly beautiful because it’s a deeper love and understanding that can only be obtained from two people from two different backgrounds.” —Abdelalhalim

“Step out of your comfort zone and don’t limit yourself. Yes, we understand that it’s hard to go against tradition and our parents’ expectations on who we marry, but you owe it to yourself to love someone without the fear of what other people may think.” —Lisette

“Our differences are probably the best part of our relationship. We love each other for who we are, including the way we act, the way we think, and the way we speak. Our different upbringings made us into the unique people we each grew to love. We will always support and respect each other’s religion and the choices that we make that stem from our religious beliefs.” —Abdelalhalim

How they’ve come to understand each other:

“As a Muslim within a Muslim country, I had to teach Matt a lot of the custom of Islam surrounding relationships before marriage. I was nervous about explaining to him why he couldn’t spend the night or why my parents might disapprove of him. But we got super lucky because our parents on both sides were really supportive of our interfaith relationship. I was worried that his parents might see his relationship with a Muslim woman as a negative thing. But luckily, they were curious about the religion and eager to learn more about it.” —Kenza

“The key to an interfaith relationship is the key to any relationship. Be patient, loving, and understanding. Notice the differences but look for the similarities. If you do just that, you should be able to build a strong and healthy relationship. We used this exact advice for ourselves when we started dating. Although it was not always easy learning how to communicate about our faith and different cultures, we figured out how to be patient and kind to each other, always focusing on our similarities rather than the differences.” —Kenza

“The biggest challenge we found was trying to find someone to marry us. Gary contacted a priest, and he wanted me to convert to Catholicism before he’d consider marrying us. I also contacted a Rabbi, yet he preferred that we were both Jewish. After several unsuccessful attempts to find a clergy person, we finally found a Methodist Minister who not only consented to marry us, but also agreed to our request for an outdoor ceremony. We had a beautiful July wedding in a gorgeous outdoor garden.” —Donna

“Gary and I were never staunch church attendees. We tried attending several churches yet found the sermon’s messages were too judgmental. The members of the churches were trying to indoctrinate rather than befriend us. We may not always agree with each other’s religious differences, yet we try to listen and accept each other’s beliefs without being critical or judgmental. We’ve been together now for 47 years, so we must be doing something right!” —Donna

“At first, Christine was leery of my choice to be a grey witch. She, like many others, thought that I worshipped the devil and my core beliefs were evil. Lucky for me, Christine is very open-minded, and we talked a lot about what it was that I believed and why. Why I had turned my back on conventional religion and that most of my practice was manipulating energy to help and not harm. In time, she realized that the core of our beliefs weren’t so different from one another and we are still learning from each other every day.” —Jayne

“Family members have voiced their discontent with my religious choice my entire life. My family turned to Christianity by the time I was nine years old. I think my family secretly hopes that Christine will convert me. Christine’s family and friends have not given us any backlash, they approach the subject with curiosity.” —Jayne

“Communication, communication, communication. We accept one another’s beliefs and respect the core principles that goes along with them. For example, Christine came across an article about a lesbian minister who was removed from the church she had worked at for years due to her sexual preference. This began to create doubt in Christine, whether she as a baptized, life-long Catholic was no longer accepted into the church because she is marrying a woman. I was very encouraging to her when she decided to write a letter to the Pope asking for his blessing.” —Jayne

“While you can—and should—hold tightly to your religious beliefs, keep an open mind. What is right for one person, may not be true for another. Allow your partner the freedom to be their best self. Always ask questions, you can’t truly understand something that you are not educated about. While Christine and I hold very different beliefs, we respect each other. We hold fast to our individualism while loving each other whole-heartedly.” —Jayne

“Our parents weren’t too keen on our relationships, and they often questioned how we’d raise our children. But as parents, we seek to understand the best parts of each faith and teach it to our kids. We embrace the parts of both religions that are hopeful and inspiring.” —Yanatha

How they work to understand each other:

“We come from two different religions as well as two different cultures. Amy’s Judaism is not just a religion, it also comes with a deeply-rooted culture. I am Haitian. The roots of my culture run deep as well. Our cultures both share a spirit of resilience, overcoming hard times, perseverance, and much more.” —Yanatha

“Seek to understand each other’s faith because they’re a huge part of your identity. Embrace the differences, but at the same time, focus and build on the similarities that you share.” —Yanatha

Syeda Khaula Saad
Syeda is a writer for Cosmopolitan who likes to analyze and improve the way we look at sex as a way to topple the patriarchy.

This content is created and maintained by a third party, and imported onto this page to help users provide their email addresses. You may be able to find more information about this and similar content at piano.io 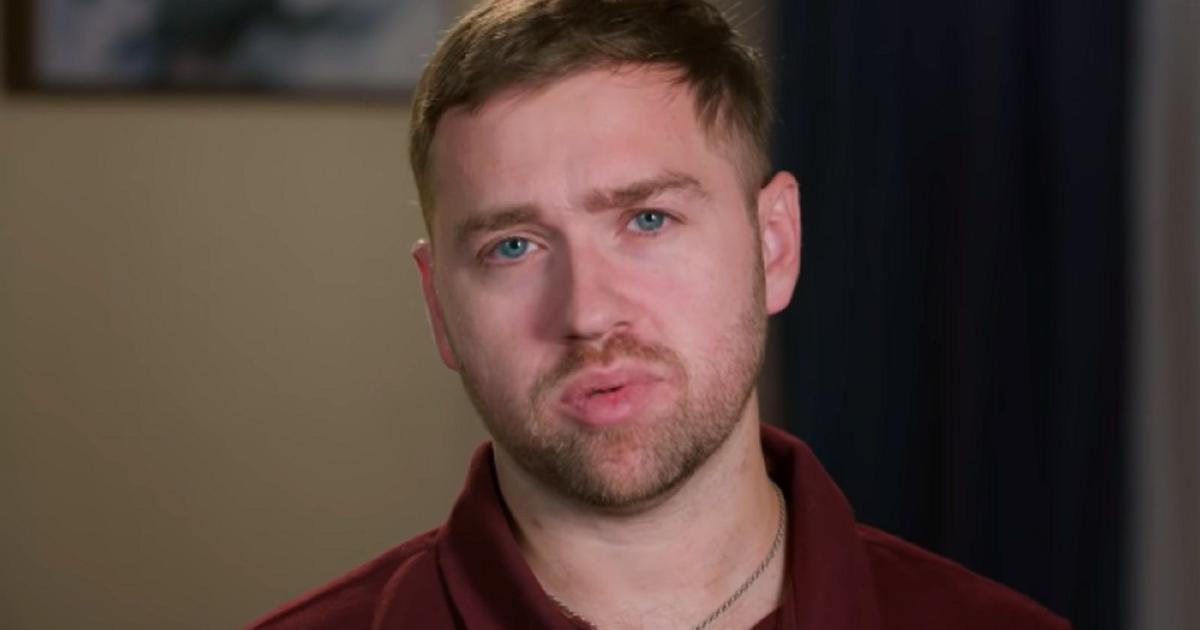 Paul asks Karine’s mom to cease interfering with their parenting

Pandemic Romantic relationship Tips: Get Some ‘You’ Time 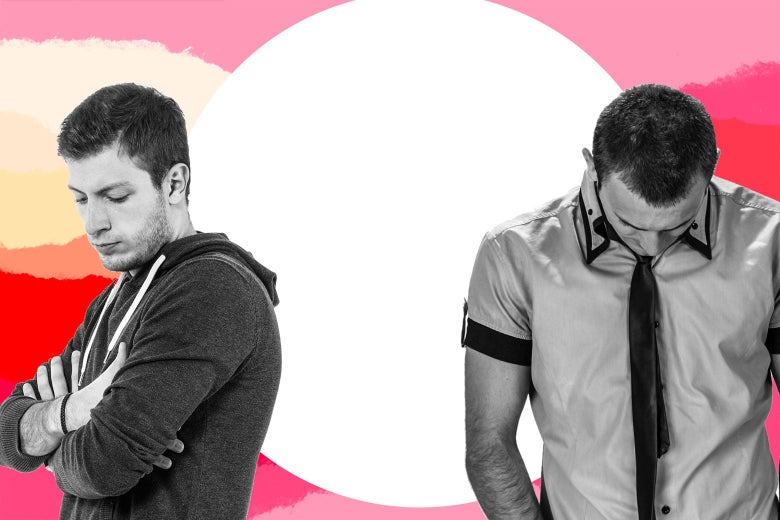 parenting advice from Care and Feeding.